Mid-70s today. I pulled out the sandals for the first time of the year.

er T. (formerly of Booker T. and the MGs) is releasing his first album in a long time next month--Potato Hole--and to kick it off, he's touring with his back-up band, which in this case was the Drive-By Truckers! First tour date, April 1 at the Variety Playhouse in Atlanta! Ought to be a great show!

The semicolon, properly used, is a thing of beauty. It is not always properly used. This semester, I asked students in one class if they knew what we professors do when we see a well-used semicolon in a student paper. Answer: We check Google to find the source of the obvious plagiarism. I guess they took it as a challenge, because in a set of papers I returned this week, I must have written "Good use of semicolon!" a dozen times. 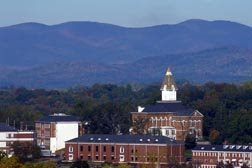 The GAH conference went well last weekend. The weather was bad--rain, at times pretty hard--but that was a good thing, because it kept everyone inside and at the sessions instead of out driving around the beautiful Georgia mountains. (The meeting was at Dahlonega.) 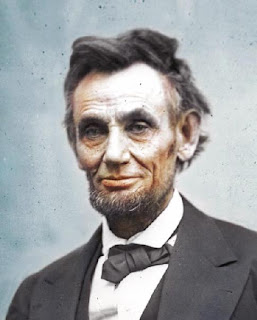 color photograph of Lincoln. That's what I said when this popped up on the first slide of my PowerPoint presentation. A silly comment, I thought; the audience thought it was hilarious. I pointed to the corner with the little laser thing and said that if you look closely, you can see "Olan Mills." More laughter. I think the fact that I was giving the last presentation at the last session of the conference explains it.

Spring break has begun here at Kennesaw State. Woohoo! The first half of the semester passed quickly, but those last few days, I decided I was ready for a break from classes. I suspect my students felt the same way, at least about that last point.


(hat tip to WFMU's Beware of the Blog)

Posted by Another History Blog at 12:03 PM