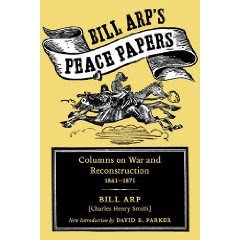 Hot off the (University of South Carolina) Press: a new edition of Bill Arp's Peace Papers, with an introduction by me.
Posted by Another History Blog at 4:06 PM

I met for the last time yesterday with my methodology class. It was a good group of students. In lieu of a final exam, we talked about "what we've learned this semester." As part of the discussion, I read out loud the long list of course objectives. After the one about "students will learn to use Chicago style (Turabian) footnotes," one student said she had a great idea for a t-shirt slogan: "Historians do it Chicago style." Man, I'm going to miss them.
Posted by Another History Blog at 6:01 PM

Bob Purse, writing at WFMU's Beware of the Blog, describes his experiences with what could well be the worst record ever made.

My story begins well over 25 years ago, back to the day when I heard Dr. Demento play an excerpt of a 45 called "I'm Surfing" by George W. Husak. This was during a segment on some of the worst records in his collection. I was intrigued, and was quite glad when, several years later, the good doctor played the record in its entirety, prefacing it with the following (edited) comments: "If you asked me, 'what is the worst musical performance that was ever actually released on a 45 … a record that somebody actually expected somebody to go out and buy,' this might well be my choice. It's from some time in the early to mid '60's, and it came out on a label based in San Francisco. The perpetrator of this truly incredible performance is one George W. Husak." Here is that record....

Bob Purse has posted an 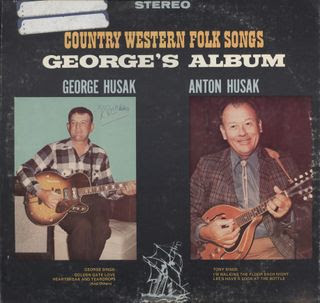 But that's not all. He found a copy of this LP, George's Album. A dozen songs, all in that inimitable Husak style. Hear Georga and Anton give Bob Wills's "San Antonio Rose" and Hank Williams's "Cold, Cold Heart" that special Husak treatment. Enjoy.

(On the WFMU blog, it's quickest to click on the little blue box in front of the title.)
Posted by Another History Blog at 4:40 PM 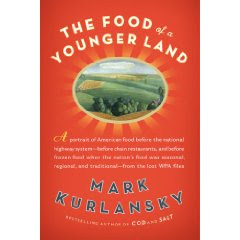 advertising: fooling all the people (8) 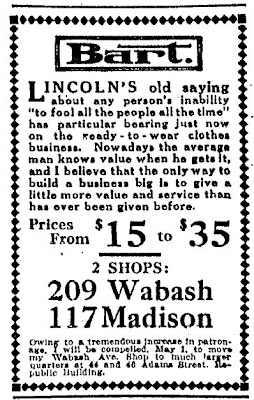 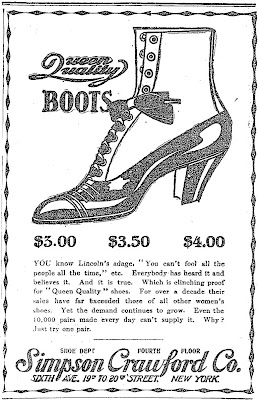 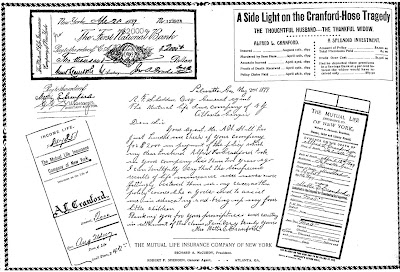 On April 12, 1899, Alfred Cranford was allegedly murdered (and his wife, Mittie, raped) by Sam Hose, who would pay with his life in one of the most horrific lynchings in Georgia history. One of the generally unknown parts of that horrible story is the way the life insurance company used the event for advertising.

This ad, from the Atlanta Constitution, May 19, 1899, contains a letter from Mittie Cranford thanking the Mutual Life Insurance Company of New York for its prompt and courteous payment of the claim. "I can truthfully say that the beneficent results of life insurance were never more fittingly bestowed than in my case," she wrote, "as this policy comes like a god-send to assist me in educating and bringing up my four little children."

My favorite part: the box in the upper right corner. "A Side Light on the Cranford-Hose Tragedy / The Thoughtful Husband -- The Thankful Widow." "A Splendid Investment"! For a $2,000 policy, Alfred Cranford paid only $84 in premiums, giving a "Profit over Cost" of $1,916.
Posted by Another History Blog at 9:25 AM

Last week of classes, so I'm sitting here trying to grade three sets of papers while I take care of those students who stop by my office to ask (as the jailer at Philippi asked Paul), "Sir, what must I do to be saved?"

I think this is the winner for the semester. I can't believe anything will top this. A student referred in a paper to the Second Seminole War, and it came out "Second Seminal War."
Posted by Another History Blog at 4:43 PM

advertising: fooling all the people (7) 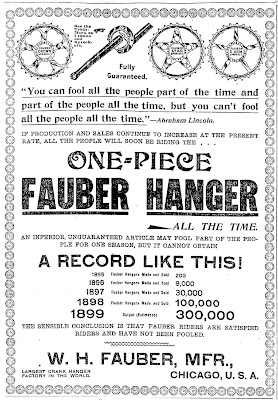 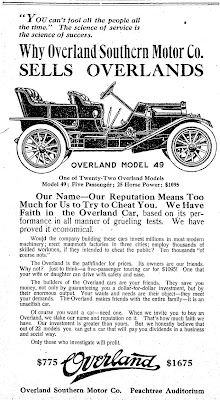 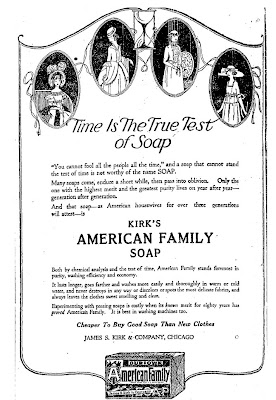 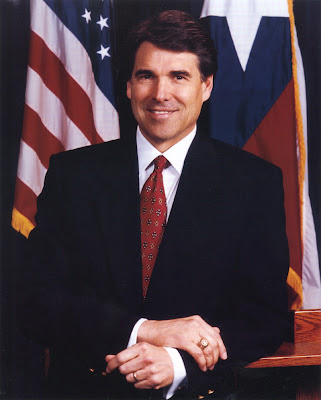 "There's a lot of different scenarios. We've got a great union. There's absolutely no reason to dissolve it. But if Washington continues to thumb their nose at the American people, you know, who knows what might come out of that."
Posted by Another History Blog at 1:06 PM

advertising: fooling all the people (6) 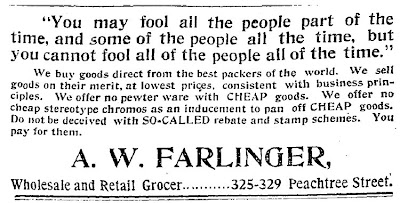 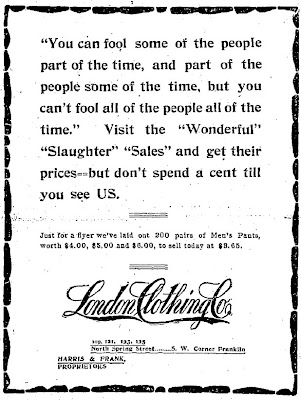 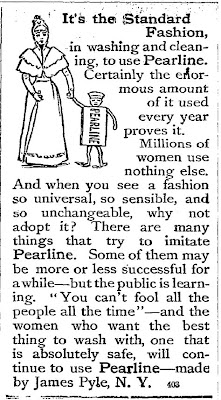 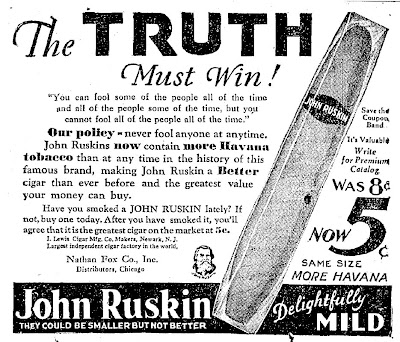 "Programme," actually, because Lauren is British.

This is just beautiful. I'm reading and grading papers this afternoon, and I just wrote, for the umpteenth time, "Do not use an apostrophe to create plurals!" Since I can't drink for a few more hours, stumbling on this while taking a brief Apostrophe Abuse break was, from a mental health standpoint, most fortuitous.

1. Admit you have a problem - It’s ok, you’re in the safety of your anonymous interwebbed life. I won’t know. Just admit to yourself, out loud:

My name is X and I don’t know how to use an apostrophe. I force them into plural words where they don’t want to go. Yes, that’s me, I commit these crimes because I don’t know any better. I want help.

advertising: fooling all the people (5) 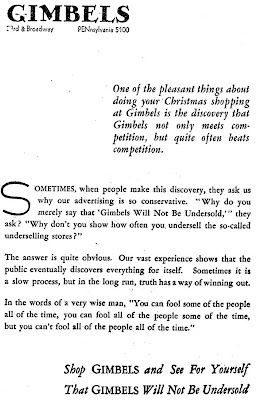 Yesterday morning, on Car Talk, one of the guys (Tommy, I think) used the word "aforementioned," except he pronounced it "afromentioned." I've heard him do it before, and I've heard it from one or two other speakers.

OK, I understand that people sometimes reverse sounds when they talk, and it's especially believable when they're reading from a slightly-unfamiliar script. But no one would make this mistake in writing, right?

Wrong. A quick Google search turns up over 1200 "afromentioned" and variations. Not all are wrong. Someone uses "Afromentioned" as a screen name; a screen name "afro" leads to the construction "afro mentioned...."; and I think a few of these were intended as jokes. But most meant "aforementioned."

The Afro mentioned cowboy . . . . (This is from a transcript of a Katie Couric on-air piece. The short video is available, and yes, she says "afro mentioned.")

Next to the afro-mentioned McQueen and Robinson, there's the always reliable Karl Malden . . . . (from a comment on imdb.com)

This layer 27 may not be formed thick owing to the afro-mentioned reason . . . . (from a US patent)

A sixty (60) day notice explanation for vote will be made to the afro mentioned members.

i believe the afro mentioned list of songs is pretty good.

I searched the aforementioned "afromentioned" in the Eggcorn Database, but I don't see it there.
Posted by Another History Blog at 9:18 AM

The Responsibilities of American Citizenship

A short film I'm going to show my class on Monday. Produced by the National Education Program and distributed in 1955, the film vividly shows how the Cold War affected American society. There's so much to talk about here--religion (notice that "fundamental belief in God" is at the base of the building blocks that support "the American way of life"), economic prosperity, bad haircuts, and so much more. An infuriating line is at 6:25: "Private ownership diffuses the wealth and economic power over the very widest area." What??

video from the amazing Internet Archive
Posted by Another History Blog at 4:22 PM

Booker T. and the DBTs

Through the magic that is Internet Archive, four songs from a great show: Booker T. (formerly of Booker T. and the MGs) and the Drive-By Truckers, April 1 at Atlanta's Variety Playhouse. Booker T's new album, Potato Hole, will be released in a few weeks, and they're out promoting it. This was the opening show of the tour. From here, they go to Australia. "Pound It Out" is from the new album; "Green Onions" and "Time Is Tight" are Booker T. classics; "Gravity's Gone" is one of my favorite DBT songs. (DBT played a long second set.) The next day I told folks that I was smiling so hard for those first 75 minutes that my face hurt.

Posted by Another History Blog at 1:58 PM

advertising: fooling all the people (4) 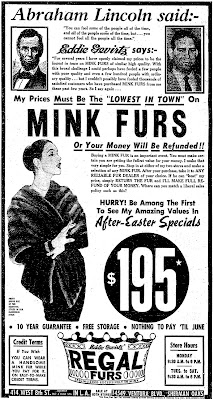 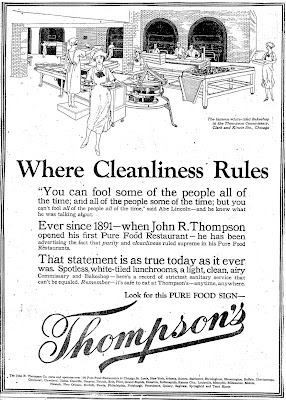 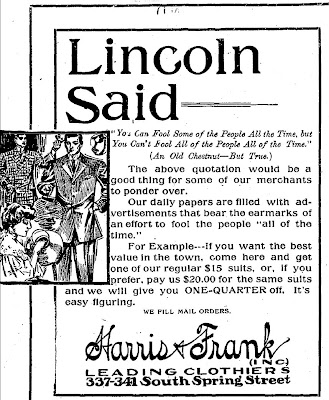 advertising: fooling all the people (3) 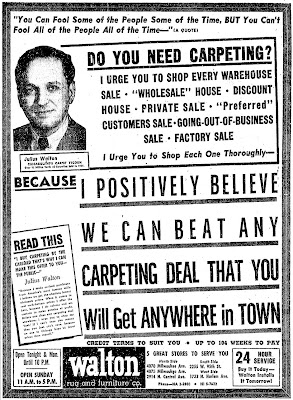 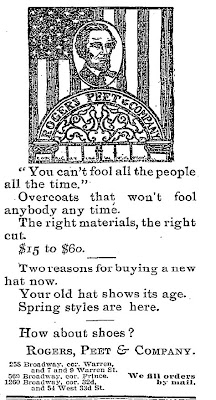 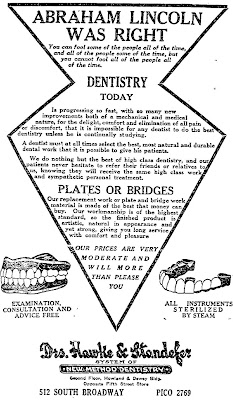 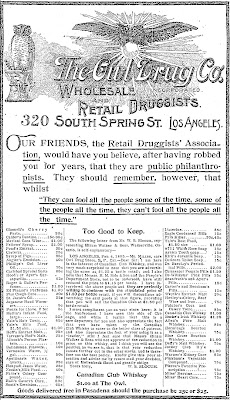 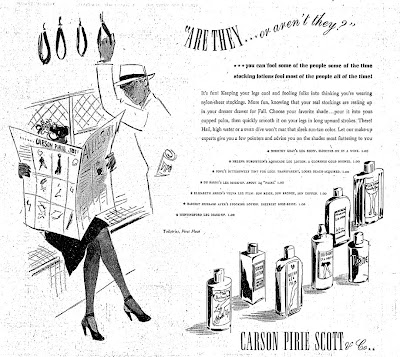 Older Posts Home
Subscribe to: Posts (Atom)
Did you get here through a Google search or a carnival entry? Read the most recent postings on Another History Blog by clicking here.