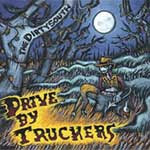 The Drive-By Truckers brought their "Dirt Underneath" tour to Atlanta Friday night. The Variety Playhouse was rocking. They played for over two hours, the second more raucously than the first, due partly to a very enthusiastic crowd, but even more (I suspect) to the Jack Daniels and beer they were drinking onstage.

So I'll meet you at the bottom if there really is one
They always told me when you hit it you'll know it
But I've been falling so long it's like gravity's gone and I'm just floating
-- "Gravity's Gone," by Mike Cooley/DBT


John McCain's recent interview with BeliefNet shows that he's forgotten his Constitution--either that, or he's pandering. Or both.

Q. Has the candidates’ personal faith become too big an issue in the presidential race?

A. . . . I think the number one issue people should make [in the] selection of the President of the United States is, 'Will this person carry on in the Judeo Christian principled tradition that has made this nation the greatest experiment in the history of mankind?'

Q. A recent poll found that 55 percent of Americans believe the U.S. Constitution establishes a Christian nation. What do you think?

A. I would probably have to say yes, that the Constitution established the United States of America as a Christian nation.


The 19th Georgia Carnival is up and ready for your perusal at Georgia on My Mind. As always, good reading.


"What an idiot," one might be tempted to say after reading Michael Medved's recent piece at TownHall.com, "Six Inconvenient Truths about U.S. Slavery." But then his readers come to his rescue with comments that make Medved look almost brilliant by comparison. Timothy Burke's "Knowledge Is Inconvenient" provides a good scholarly smack-down.


"Funniest comic I've heard in a long time," says Blue Gal about Demitri Martin, and she has the proof.
Posted by Another History Blog at 10:34 AM 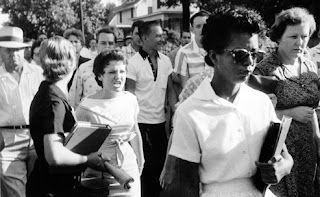 I was looking at this photo a few weeks ago in my office with a couple of colleagues, and someone asked about the young white woman shouting at the African American student. None of us knew who she was or what had become of her.

Now, thanks to a tip from Ralph Luker, we know.

Her name is Hazel Bryan, and her changing relationship with Elizabeth Eckford, the African American woman, is the subject of "Through a Lens, Darkly," an article by David Margolick from Vanity Fair. The photo is from Will Counts/Arkansas History Commission; the article is thoughtful and thought-provoking. Bryan's words at the time are lost to history, but can be easily imagined.
Posted by Another History Blog at 8:50 AM

Two hundred and twenty years ago today, the Constitutional Convention met in Independence Hall, Philadelphia, for the last time. Since the middle of May, the 55 delegates had been writing a proposed new government for the United States of America. On this day, their work complete, they signed their draft of the Constitution and sent it out to the states for ratification.

Below, in honor of Constitution Day, is a brief essay by Dr. Joyce Appleby, emerita professor of history at UCLA. This piece was originally written for the History News Service and appears here with HNS's permission.

On September 17, Constitution Day, in 2002, scholars presented a petititon, signed by 1,200 American historians, urging members of Congress to assume their constitutional responsibility to determine whether or not to declare war on Iraq. Reminding them that Congress had ignored this provision since its 1941 declarations of war on Japan, Germany and Italy, the petition explained why the Founding Fathers gave this power to them and to no other body.

As the petition explained: "Americans deserve to hear their representatives deliberate about a possible war, lest such a momentous course of action be undertaken by the president alone after a public airing filled with rumors, leaks, and speculations." It continued: "Leaving the president solely in control of war powers" has been "to the detriment of our democracy and in clear violation of the Constitution."

Now, four years into a disastrous war initiated without a congressional declaration, no member of Congress has publicly raised this issue since. A majority of Democratic representatives actually voted against the resolution giving President Bush the okay to invade Iraq, but none has announced that it was time to stop amending the constitution by selective neglect. No one has even suggested a congressional resolution to make the point.

The American people revere their Constitution. They can't seem to get their fill of books about the Founding Fathers either. Yet there's something empty about such reverence if our elected officials ignore key grants of power.

Take the case of the executive authority over the military. Article 2, Section 2, couldn't be clearer: "The President shall be Commander in Chief of the Army and Navy of the United States, and of the Military of the several States when called into the actual service of the United States." Nowhere in this concise document is there any grant of the sweeping powers now claimed for the commander in chief.

Indeed, the congressional power to declare war and the president's power to head the military in time of war go together. The men who submitted their constitutional draft to the several states for ratification on September 17, 1787, left the declaring of war to members of Congress because their constituents would bear the brunt of war should they make the awful choice of resorting to violence. The Framers made the president commander in chief for efficiency and to avoid a dangerous concentration of power in Congress.

Passing resolutions giving the president permission to invade a country instead of formally declaring war is an evasion of responsibility on the part of Congress and a disregard of duty, moral as well as constitutional, to the men and women they represent.

Denying writs of habeas corpus, spying on Americans, abrogating treaties have all excited attention in recent years, but no abuse of power has graver consequences than leaving the war-making powers exclusively in the hands of the president.

The national rumor mill is full of stories that President Bush is planning to attack Iran. If ever there were a moment for Congress to reassume its constitutional powers to determine when American forces go to war, now is the time. Let's stop this silent amending of the Constitution that we hold so dear.

Posted by Another History Blog at 8:55 AM 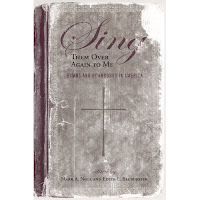 I'm reading Sing Them Over Again to Me: Hymns and Hymnbooks in America, ed. by Mark Noll and Edith L. Blumhofer. (Isn't that a great dust jacket?) My favorite chapter thus far is John R. Tyson's on "O for a Thousand Tongues to Sing," the Charles Wesley hymn that Tyson calls "the Methodist national anthem."

I grew up Methodist, and Tyson's about right.

O for a thousand tongues to sing
My great Redeemer's praise,
The glories of my God and King,
The Triumphs of His grace!

Years ago, when we sang that song in church, that verse always brought to mind a particular poem--and it still does.

One bright day in the middle of the night,
Two dead boys stood up to fight.
Back to back, they faced each other,
Drew their swords and shot each other.
A deaf policeman heard the noise
And came to arrest the two dead boys.
If you don't believe my story's true,
Just ask the blind man-- he saw it too!

Posted by Another History Blog at 2:44 PM