now I'm NEVER going to get any work done 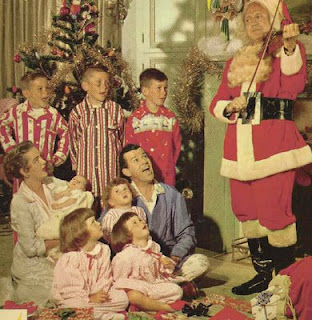 How have I missed this site?

(I found this on WFMU's Beware of the Blog.)

Posted by Another History Blog at 11:49 AM

I got home late tonight-- a few minutes after midnight. After a day in the office, getting ready for next semester, I had dinner at a friend's house and got home later than usual. And when I got home, the door to my apartment (I live in an apartment over a two-car garage) was open, broken in, with the wreckage of the forced entry (the siding of the door frame) on the floor.

The apartment was a mess. Drawers had been pulled out and emptied. I didn't have much worth taking. Several years ago, I developed the habit of saving quarters, because the washing machine would sometimes break down and I would have to take the family's laundry to the laundromat. That's not an issue any more, but I never dropped the habit of saving quarters, and I had a huge bowl full of them--maybe fifty dollars, I told the police officer--on the bar separating the kitchen from the living room. They were all gone, as was my father's old pocketknife--a cheap knife, but damn it, it was my father's--and an 1896 silver dollar that I had bought a couple years ago, both beside the quarters. A bottle of Lotrel, a prescription drug for high blood pressure, was gone, as was a new dvd player that I bought just last week and a couple of dvd sets, one borrowed from our local public library, one borrowed from another friend. As far as I can tell, that's all that's missing, except for a considerable chunk of my peace of mind.

UPDATE-- I discovered later that several cans of chunky soup are missing from my little pantry. This isn't a complaint, just perhaps a sad explanation for what happened.
Posted by Another History Blog at 1:45 AM

According to Sitemeter, this piece, which first appeared here a year ago (and was originally published in the Cartersville Daily Tribune News in 2003), has been the most-read posting on Another History Blog.

Next Tuesday, we observe the birth of the man who brought truth and enlightenment to the world. I refer, of course, to Isaac Newton, born on December 25, 1642.

Newton’s father, an illiterate farmer, died three months before Newton’s birth, and Isaac was raised by a largely uncaring grandmother and various members of his step-father’s family. Nothing in his childhood indicated the greatness that lay ahead. But according to an old superstition, “The child born on Christmas Day will have a special fortune” (perhaps to make up for getting cheated on birthday presents).

Isaac Newton has been called the greatest scientist in history. He didn’t discover gravity (others had noticed it long before him), but he was the first to understand and explain it in mathematical terms. His three laws of motion remain the basis for classical mechanics. He invented calculus, the bane of high school and college students. His work on light became one of the two pillars of modern quantum physics.

Alexander Pope wrote of Newton’s accomplishments: “Nature and Nature’s laws lay hid in night; God said, ‘Let Newton be!’ and there was light.” But if he had been born a day earlier, Newton probably would have turned out to be a nobody.

Isaac Newton wasn’t the only Christmas Day baby. Clara Barton (born December 25, 1821) earned the nickname “Angel of the Battlefield” for her selfless nursing of the wounded during the Civil War. Later, she organized and led the American Red Cross.

Conrad Hilton (1887) was Paris Hilton’s great grandfather. I believe he also had something to do with hotels.

Believe it or not, Robert L. Ripley was born on Christmas Day of 1893.

One person who was probably not born on December 25: Jesus. Many scholars place that event in the Spring. So instead of “God rest ye merry, gentlemen, let nothing you dismay, Remember, Christ, our Saviour, was born on Christmas day,” perhaps we should sing “… was born some time in May.” (Try it.)

Christmas was moved to December 25 to allow retailers a chance to expand their after-Thanksgiving sales. Not really. Here’s what happened. Early church leaders paid less attention to Jesus’ birth than they did his death (Easter), and so at first no one really worried much about when to celebrate Christmas. But in the middle of the fourth century, Pope Julius I declared that Jesus’ birth should be celebrated on December 25. He chose that date because there was already a major holiday at that time: Saturnalia, a lengthy pagan festival tied to the Winter solstice. By placing Christmas at that point on the calendar, Julius hoped to preempt Saturnalia and gain instant support for his new holiday.

And that’s how Isaac Newton became a Christmas baby.

Posted by Another History Blog at 2:03 PM

What Would DeBeers Do?

Bruce Barton, the "Barton" in the New York advertising firm of Batten, Barton, Durstine and Osborne, said in his 1920s bestseller The Man Nobody Knows that Jesus was the greatest salesman and best ad man in history: "He picked up twelve men from the bottom ranks of business and forged them into an organization that conquered the world." (I mentioned Barton in this post.)

But after reading Edward Jay Epstein's "Have You Ever Tried to Sell a Diamond?" (Atlantic Monthly, Feb. 1982), I think DeBeers is giving Jesus a run for the money: "The diamond invention is far more than a monopoly for fixing diamond prices; it is a mechanism for converting tiny crystals of carbon into universally recognized tokens of wealth, power, and romance. To achieve this goal, De Beers had to control demand as well as supply. Both women and men had to be made to perceive diamonds not as marketable precious stones but as an inseparable part of courtship and married life." It's an amazing story, as DeBeers and N. W. Ayer (an advertising agency) came up with the most effective advertising campaign in two millennia.

(I found the Atlantic article by following a link in Pharyngula.)
Posted by Another History Blog at 10:57 AM