slavery and the Civil War II

I recently posted briefly about the connection between slavery and both secession and the reason Confederates fought.

Correlation does not equal causation, but the following is interesting. The first list shows the percentage of free households that owned slaves in the various states; the second is the southern states in order of secession.

(I’ve seen this elsewhere, but I copied the slavery statistics from this site)

Georgia (where Miss Kitty and I both live) voted to secede from the Union on January 19, 1861. The secessionists explained their actions ten days later, in a document called Declaration of the Causes of Secession. Prominent among those causes: the victory of “abolitionists and their allies in the Northern States” who were guided by the principles of “prohibition of slavery in the Territories, hostility to it everywhere, and the equality of the black and white races.”

South Carolina’s “Declaration of the Immediate Causes Which Induce and Justify the Secession of South Carolina from the Federal Union” was more direct:

On the 4th day of March next, this party [Republican] will take possession of the Government. It has announced that the South shall be excluded from the common territory, that the judicial tribunals shall be made sectional, and that a war must be waged against slavery until it shall cease throughout the United States.

The guaranties of the Constitution will then no longer exist; the equal rights of the States will be lost. The slaveholding States will no longer have the power of self-government, or self-protection, and the Federal Government will have become their enemy.

Our position is thoroughly identified with the institution of slavery-- the greatest material interest of the world. Its labor supplies the product which constitutes by far the largest and most important portions of commerce of the earth. These products are peculiar to the climate verging on the tropical regions, and by an imperious law of nature, none but the black race can bear exposure to the tropical sun. These products have become necessities of the world, and a blow at slavery is a blow at commerce and civilization. That blow has been long aimed at the institution, and was at the point of reaching its consummation. There was no choice left us but submission to the mandates of abolition, or a dissolution of the Union, whose principles had been subverted to work out our ruin.

Georgian Alexander Stephens, in a speech in Savannah on March 21, 1861, a month after having been elected vice president of the Confederacy, spoke of “our new government”: “Its foundations are laid, its corner stone rests upon the great truth, that the negro is not equal to the white man; that slavery--subordination to the superior race--is his natural and normal condition.”

Rebecca Felton, the first woman in the U.S. Senate (and, like me, a resident of Cartersville, Georgia), wrote in her memoirs: “We, in the South, honestly believed we could engineer a peaceable separation. There is no doubt of the sincerity of the belief. It was not an attempt at revolt or insurrection or anything else but a resolute intention to own slaves and regulate slavery just as our forbears had been doing for nearly a hundred years. . . . It was slavery and nothing but slavery that made Georgia secede.”

Here is the introduction to William Barney’s review of Charles Dew’s Apostles of Disunion: Southern Secession Commissioners and the Causes of the Civil War:

“Will the South give up the institution of slavery and consent that her citizens be stripped of their property, her civilization destroyed, the whole land laid waste by fire and sword? It is impossible. She cannot; she will not” (101). In these words Stephen F. Hale, Alabama’s secession commissioner to Kentucky, laid bare the core argument of the secessionists committed to the break-up of the Union and the creation of a separate Southern nation. The secessionists insisted that Lincoln’s election in November 1860 as the head of the antislavery Republican party posed a direct and an unconscionable threat to the stability and safety of the slaveholding South. Submission to that election meant the certain destruction of slavery and a calamity of horrors for Southern whites that included impoverishment, degradation, and racial humiliation.

In his aptly titled Apostles of Disunion, Charles B. Dew examines the arguments and rhetorical strategies of the special commissioners sent by the seceding states to preach the gospel of disunion to slaveholding states still wavering on the issue of secession. Appointed either by their governors or by the secession conventions, some fifty-two men served as commissioners. . . .

Dew’s analysis of the commissioners’ message yielded one central finding: the absolute centrality of concerns over slavery and race as the prime justification for secession and hence the coming of the Civil War.

There was more to secession than slavery, of course, but slavery was clearly the BIG thing.

Slavery led to secession, which led to the war. But why did Confederates fight? That’s a very different question. In What they Fought For, James McPherson examined the diaries and private correspondence of hundreds of Civil War soldiers, both Union and Confederate. McPherson noted that unlike memoirs, often written long after the war with an eye toward justifying a particular cause, these more immediate writings--the diaries and letters home--“bring us closer to the real thoughts and emotions of those men than any other kind of surviving evidence.”

McPherson found that about two-thirds of Confederate soldiers expressed patriotic motives for fighting; they fought for their country, the Confederate States of America. “Sink or swim, survive or perish,” wrote one, “I will fight in defense of my country.” Another wrote to his wife: “I confess that I gave you up with reluctance. Yet I love my country dearly. . . . I intend to discharge my duty to my country and to my God.”

About forty percent (there were overlaps) said they were fighting for ideological principles such as liberty, constitutional rights, and resistance to tyranny. McPherson reported that he found hundreds of references in Confederate letters to phrases like “the holy cause of liberty and independence,” “southern rights and southern liberty,” “death before Yankee rule,” and “bursting the bonds of tyranny.”

President Lincoln noted that “the perfect liberty they sigh for is the liberty of making slaves of other people.” Still, only about 20 percent of Confederate soldiers explicitly said they were fighting to maintain slavery.

There you go, Miss Kitty-- more than you wanted to know.
Posted by Another History Blog at 2:49 PM

slavery and the Civil War

Over at History News Network is a new piece by Robert Cook, author of the recent Troubled Commemoration: The American Civil War Centennial, 1961-1965-- "150 Years after the Civil War, Can We finally Remember It the Way We Should?"

"Southern whites," Cook writes, "must be shown what they were not shown in the 1960s: That they seceded and fought primarily to protect slavery and defend the racial order that was based upon it."

Cook--and everyone else--needs to separate the two. Southern whites seceded to protect slavery; they fought for a variety of reasons. It's two different questions. We can see this in other wars (Vietnam, for example), that there is an obvious distinction between the reason for the war and the reason individuals fought in that war. Why do we have so much trouble understanding that for the Civil War?
Posted by Another History Blog at 4:41 PM

just in the nick of time 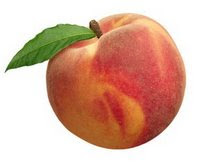 I thought I was going to have to spend the hour before lunch working on the syllabus for my Georgia History class this fall when, just in the nick of time, I see that Georgia Carnival 15 has shown up at Georgia on My Mind. Yay!! I can read that instead!

And, hey, you should too. As always, good stuff, including the introduction of my favorite Educated & Poor adjunct from west central Georgia as well as postings on travel, "good eatin,'" and more--the best recent postings from Georgia blogs.
Posted by Another History Blog at 11:01 AM